October was jam packed with news. Engineering Complexes, NPE Update, Command Boosts, and EULA changes. The stage is set for Ascension, but where is the economy today?

Though EVEbet was allowed to close peacefully and settle tabs, I Want ISK (IWI) was shuttered with a ban wave that knocked out the leaders while zeroing out all bankers' wallets. I personally feel that this kind of enforcement was one of the better scenarios given the circumstances; freeing IWI from paying back over-leveraged liabilities because #grrccp. But many complain that without the premier content sponsors, producers and content makers will be in trouble. Though it’s important to remember the EULA update is in line with a changing litigious atmosphere around virtual gambling, see: Valve mired in CS:GO trouble.


Market watchers wanted to know the quantifiable impacts. Reddit reports put the damage at 30T, but looking between the Money Supply data and monthly Sinks & Faucet Report, we're estimate the total cash impact at 22.4T out of a record 36T reported in the Active ISK Delta for October. Damages could total to 30T when counting confiscated PLEX or high-value assets like Alliance Tournament prizes, but that value is not reported in the Economic Report and we have no way of corroborating any claim over 27T. 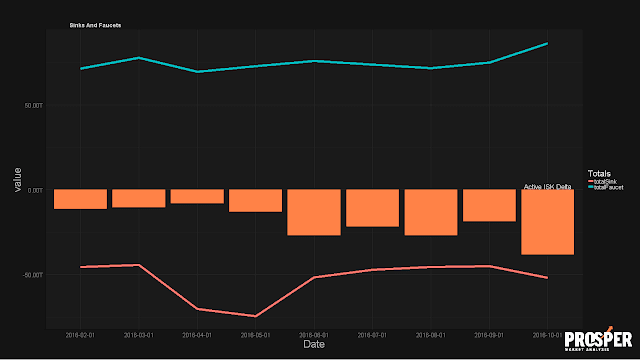 Lastly, CCP Quant released a breakdown of EVE's player wealth distribution. Though many took to social media to argue about the 1%, the distribution of ISK is much fairer than anticipated. It's a good bet to assume a power curve in cases like this: where 20% of the population controls 80% of the resources. And though this does not include net worth/physical assets, nor corporation wallets or alliance war-chests, it's an interesting sample of wealth in EVE. 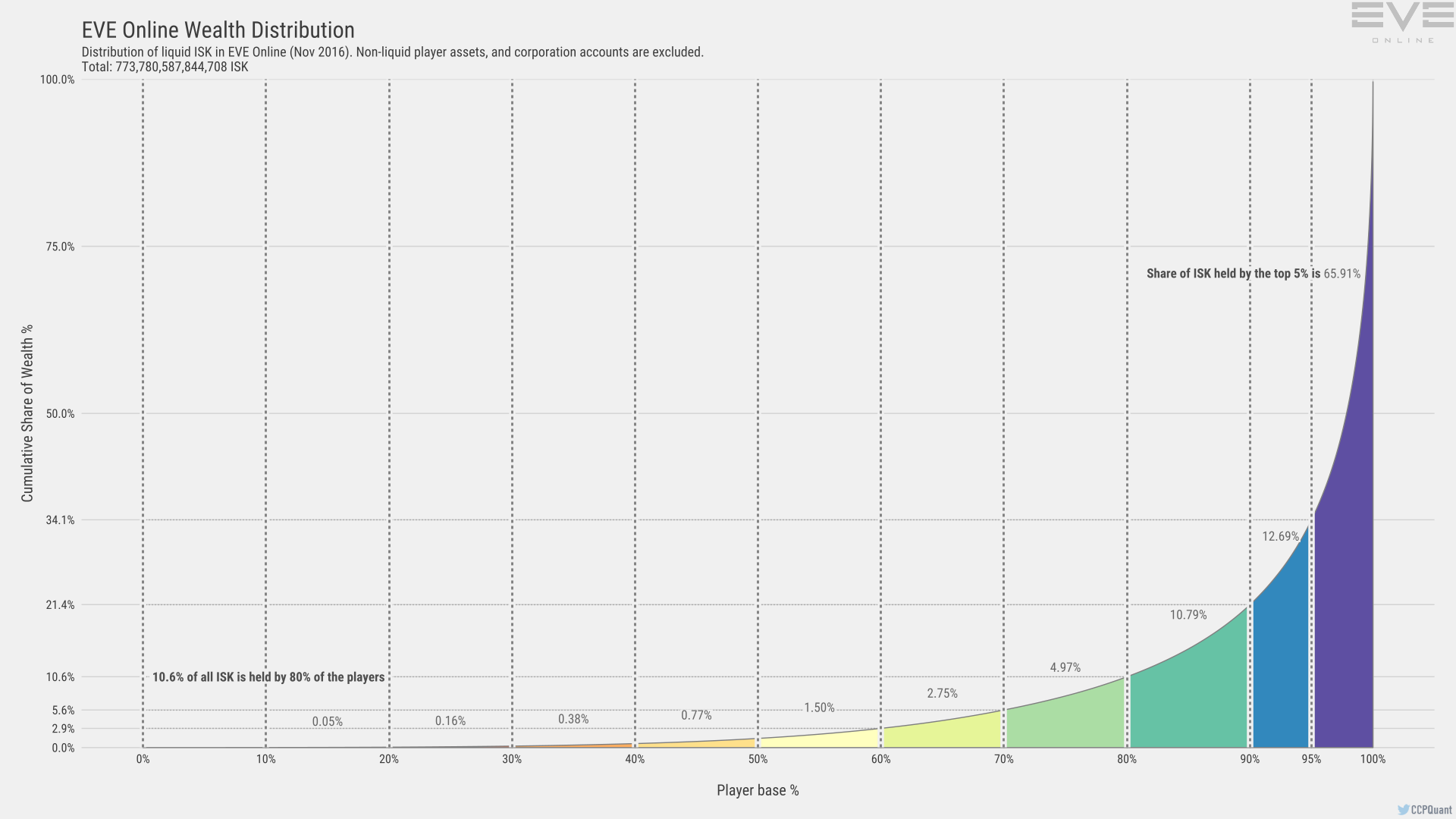 Looking at other monthly indicators we find a mixed bag. First off, PLEX and ISK velocity remain on their seasonal track without much deviation. PLEX has risen a little too sharply in the last week, and shows some signs of leveling off for a price between 1.25B and 1.3B for Ascension. 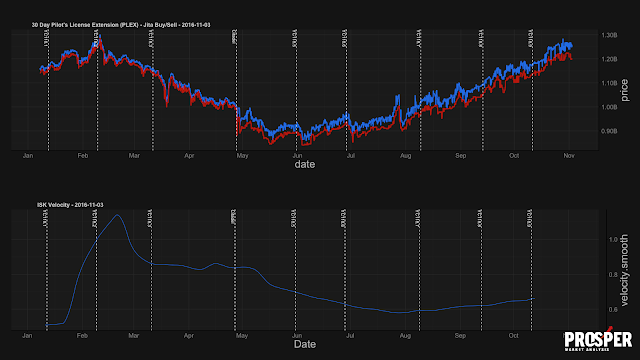 Usually, the markets are hottest in the fall, with gaming rising across the board in Q4.  Last year, the markets were hottest in October with each player gathering like EVE_NT, EVEsterdam, and EVE Vegas stoking the hype train. This year, players seem to be in a holding pattern ahead of Ascension. Though CCP Rise's Alpha Clone PVP presentations should have stoked more hype into pre-Ascension speculation, statistics still look anemic. Furthermore, the PVP numbers are concerning. The pre-Vegas dip was so unbelievable, we had to verify we were not missing data. 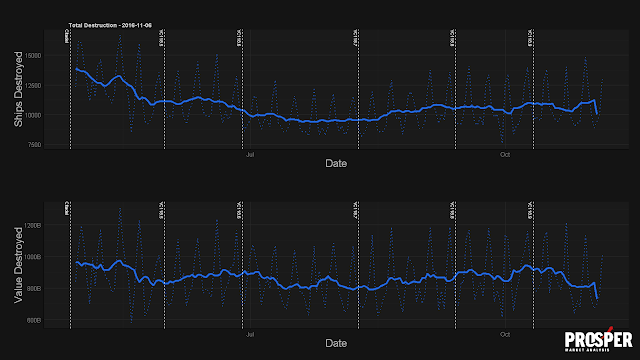 Hitting the big points as fast as possible:
Forecasting Alpha impacts is incredibly difficult given no other game comes close to EVE mechanically. Many savvy players already treat EVE as F2P thanks to PLEX. Also, since Skill Injectors were introduced, subsidizing ISK generation has never been easier. The content of EVE is players, and Alphas give the means to keep more warm bodies in the game. We are excited to see Nov-Jan's economic stats with the expected flood of new content generators.
Posted by Unknown at 7:00 AM