I posted two weeks ago a forecast on the brainmeat market, and I wanted to review those predictions and talk about where I see the market, as well as some hits and misses.

Though I am somewhat upset about the specifics about the AUR/$/PLEX prices, we hit the targets on Extractors right on the head.  I would have preferred if injectors were closer to 5/PLEX rather than the 4/PLEX we hit, but especially with generous sales directly during February I think the extractor market is exactly where it should be considering. 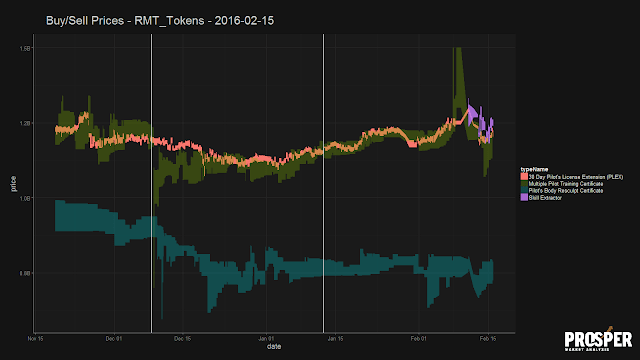 I was a little fuzzy after the specific packages were announced whether we'd hit closer to the 800AUR or 900AUR levels, but it looks like an 800AUR equivalency with PLEX is a decent place to peg the price to.  Now, it's worth mentioning that the PLEX conversion rate and the $->AUR rate are not the same dollar-for-dollar.  Especially under the current sale, directly buying AUR results in a bonus 1000AUR vs PLEX. 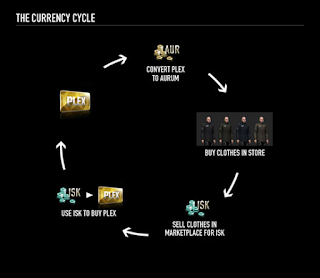 I do find it frustrating as a customer that my $20 or $100 can yield such wildly different returns, and that those returns are not all strictly transmutable.  But this is a core design of the AUR system where it's hard to go both ways between ISK<->AUR instead having to go through middle items that may have wildly different returns.  I'd very much rather see a more direct path between ISK<->AUR<->PLEX so that the $->ISK rates were simple for customers.  But I seriously doubt CCP and I will ever see eye-to-eye on this case. 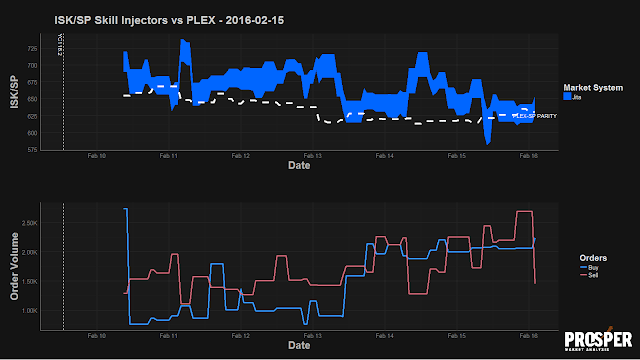 Injectors have me very worried.  In the entire lead up, I had expected that ISK/SP would be discounted vs the PLEX rate.  This would provide a negative-feedback-loop vs PLEX and would preserve the balance between Character Bazaar and Injectors.  Even CCP Quant's Bazaar Analysis pointed to this discount trend. 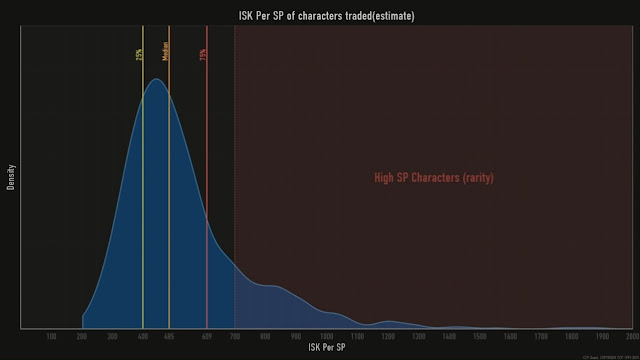 This positive valuation has me very concerned.  Simply put: this makes EVE free-to-play if you sell off your SP.  I think this leads to a lot of instability, since it will drive a positive-feedback-loop on PLEX demand without any sort of negative counterbalance to keep the system in balance.  Left unchecked, we could see a situation where MPCT + Extractors on all 3 slots of an account could actually net a positive return.  Whereas, if ISK/SP is discounted vs the PLEX-rate, it gives deep discounts to utility characters without making them free outright.

Now, over the course of writing this, the injector market has dipped a couple times under that parity line.  And I will be keeping a very close eye on the market over the coming days.  This heat might just be a factor of novelty, and a steady state may take a couple weeks to settle down. 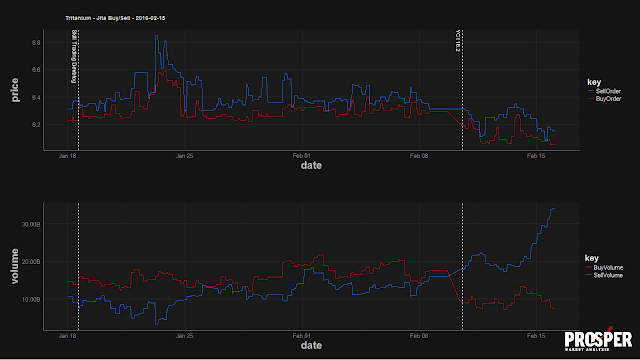 Other markets are actually kind of hilarious.  I expected people to want to trade in Injectors/Extractors, but I didn't expect large markets to liquidate to change positions.  PLEX was particularly interesting because the volumes traded to jump on the AUR bandwagon drove actual traded volumes crazy minimal impact to the total orders on the market. 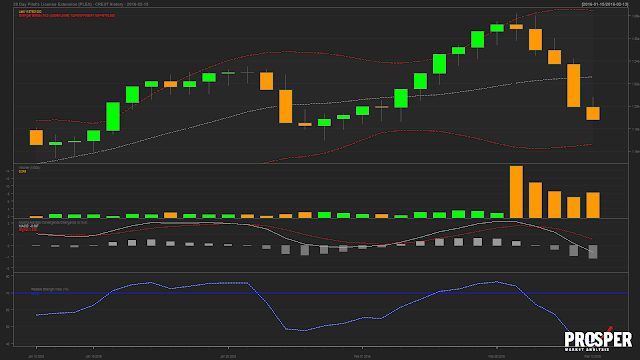 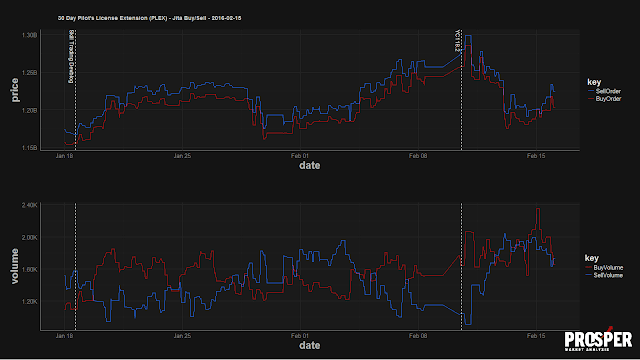 With net trade up so high, I expect there to be a lot of good trading to jump in on for the next week outside of the SP trade, with an opportunity to jump on the Injector/Extractor market coming by the end of the month.

Though this hasn't stopped some people from going completely nutso:
Speaking as a pilot with a 200M+ main, and over 500M SP between all his characters, I don't think there's going to be many drives for "perfect" characters over the 200M mark.  There is glory in being first or second, but there's precious little utility in having a truly perfect character.  It will be interesting to hear CCP Quant's official report, but I expect that most consumers are in the first penalty bracket from 5-50M SP once we get to the 30d mark.
Posted by Unknown at 8:00 AM

take the extra day to get the 4th extractor. When you account for the slippage (0.97%) instead of just throwing up your hands about the missing 56k SP, you are coming out ahead.